Graph Convolution Networks (GCNs) manifest great potential in recommendation. This is attributed to their capability on learning good user and item embeddings by exploiting the collaborative signals from the high-order neighbors. Like other GCN models, the GCN based recommendation models also suffer from the notorious over-smoothing problem - when stacking more layers, node embeddings become more similar and eventually indistinguishable, resulted in performance degradation. The recently proposed LightGCN and LR-GCN alleviate this problem to some extent, however, we argue that they overlook an important factor for the over-smoothing problem in recommendation, that is, high-order neighboring users with no common interests of a user can be also involved in the user's embedding learning in the graph convolution operation. As a result, the multi-layer graph convolution will make users with dissimilar interests have similar embeddings. In this paper, we propose a novel Interest-aware Message-Passing GCN (IMP-GCN) recommendation model, which performs high-order graph convolution inside subgraphs. The subgraph consists of users with similar interests and their interacted items. To form the subgraphs, we design an unsupervised subgraph generation module, which can effectively identify users with common interests by exploiting both user feature and graph structure. To this end, our model can avoid propagating negative information from high-order neighbors into embedding learning. Experimental results on three large-scale benchmark datasets show that our model can gain performance improvement by stacking more layers and outperform the state-of-the-art GCN-based recommendation models significantly. 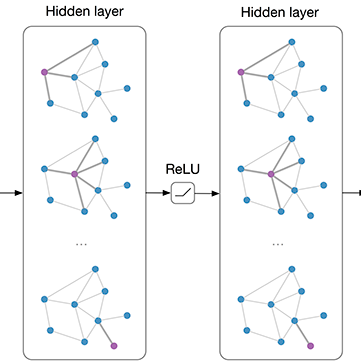