One explanation for this failure is that unsupervised representation learning algorithms are typically mismatched to the target task. Ideally, learned representations should linearly expose high level attributes of data (e.g. object identity) and perform well in semi-supervised settings. Many current unsupervised objectives, however, optimize for objectives such as log-likelihood of a generative model or reconstruction error and produce useful representations only as a side effect.

By recasting unsupervised representation learning as meta-learning, we treat the creation of the unsupervised update rule as a transfer learning problem. Instead of learning transferable features, we learn a transferable learning rule which does not require access to labels and generalizes across both data domains and neural network architectures.

In contrast to our work, each method imposes a manually defined training algorithm or loss function to optimize whereas we learn the algorithm that creates useful representations as determined by a meta-objective.

To our knowledge, we are the first meta-learning approach to tackle the problem of unsupervised representation learning

We wish for our update rule to generalize across architectures with different widths, depths, or even network topologies. To achieve this, we design our update rule to be neuron-local, so that updates are a function of pre- and post- synaptic neurons in the base model, and are defined for any base model architecture. This has the added benefit that it makes the weight updates more similar to synaptic updates in biological neurons, which depend almost exclusively on the pre- and post-synaptic neurons for each synapse [48].

We implement the above models in distributed Tensorflow [55]. Training uses 512 workers, each of which performs a sequence of partial unrolls of the inner loop UnsupervisedUpdate, and computes gradients of the meta-objective asynchronously. Training takes ∼8 days, and consists of ∼200 thousand updates to θ with minibatch size 256. Additional details can be found in Appendix C. 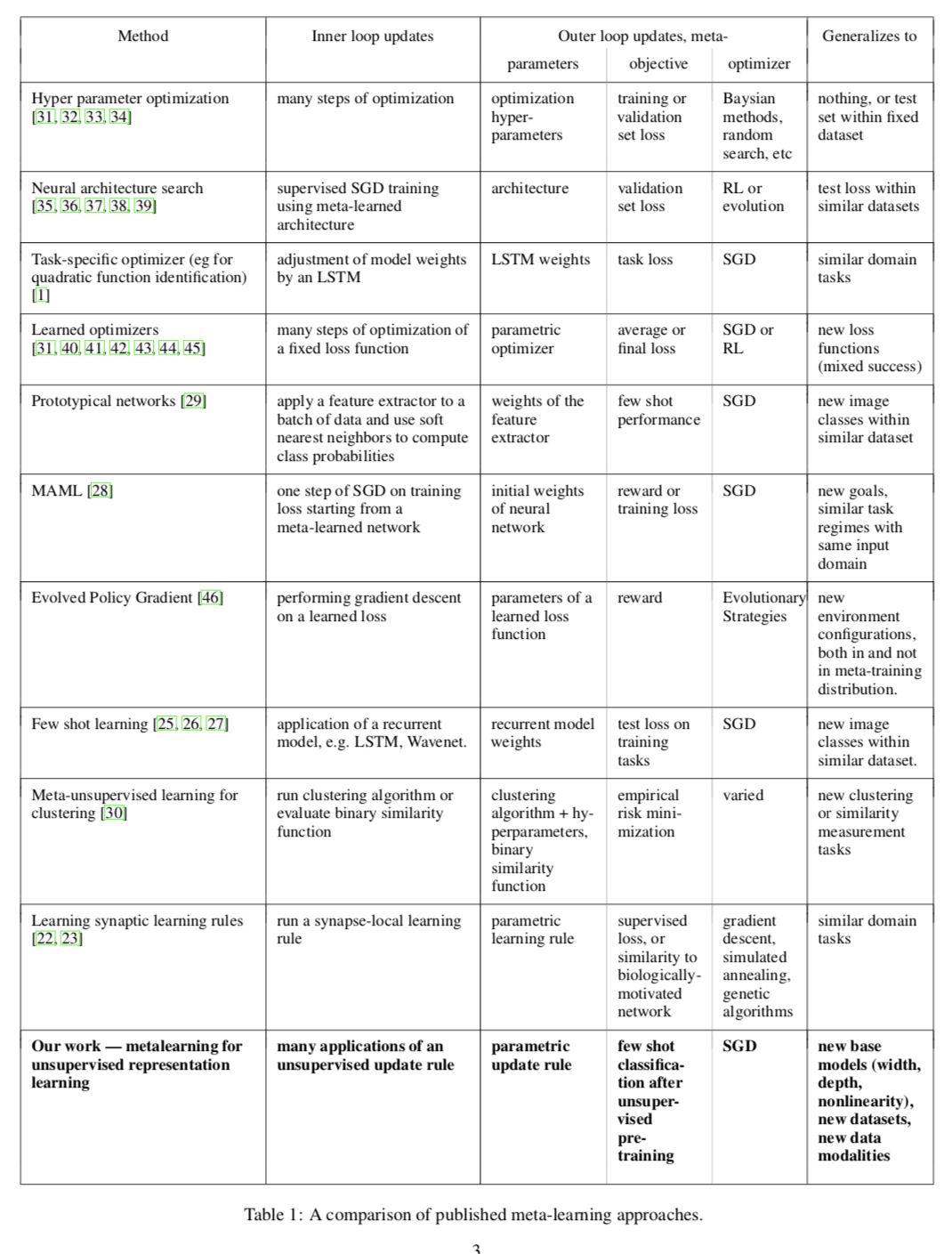 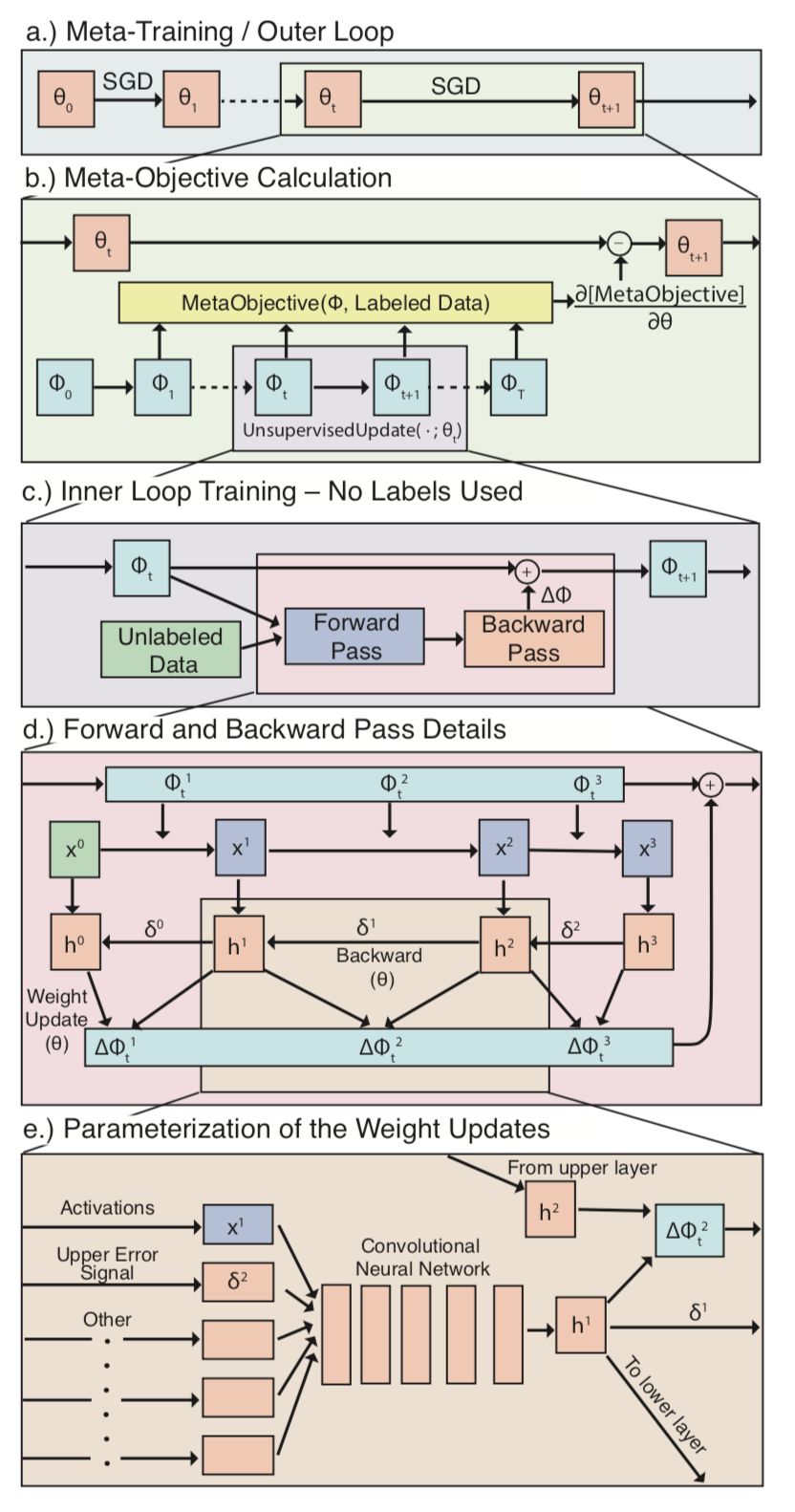 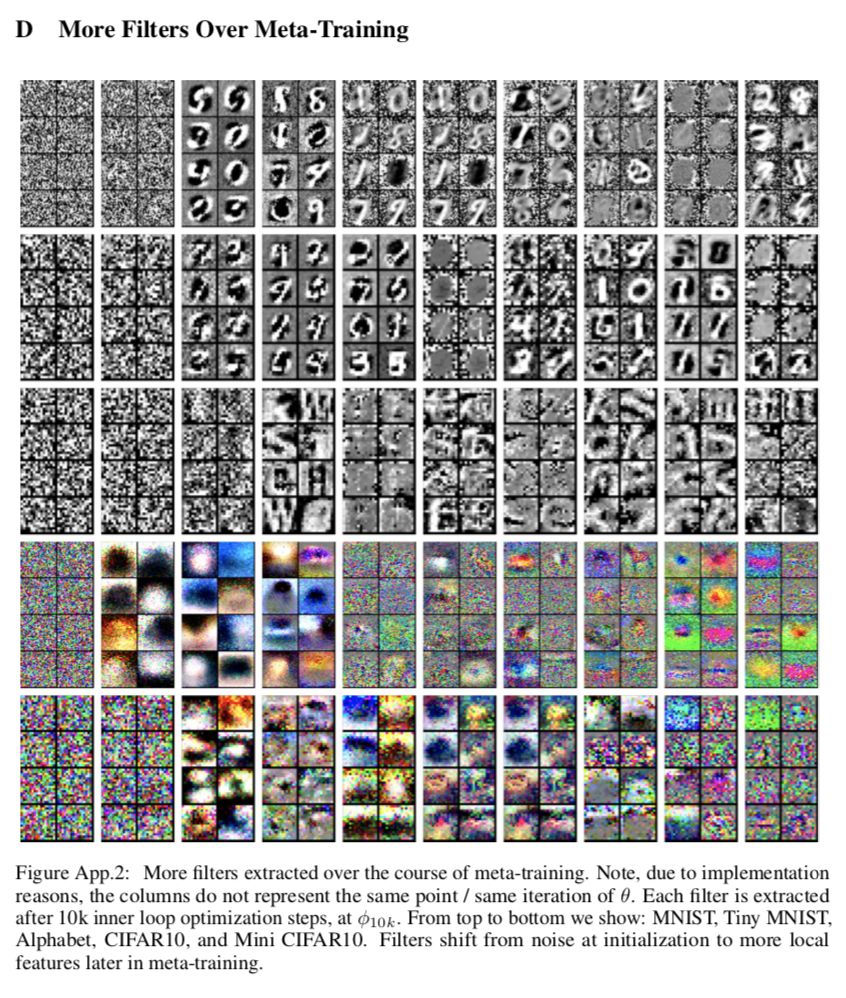 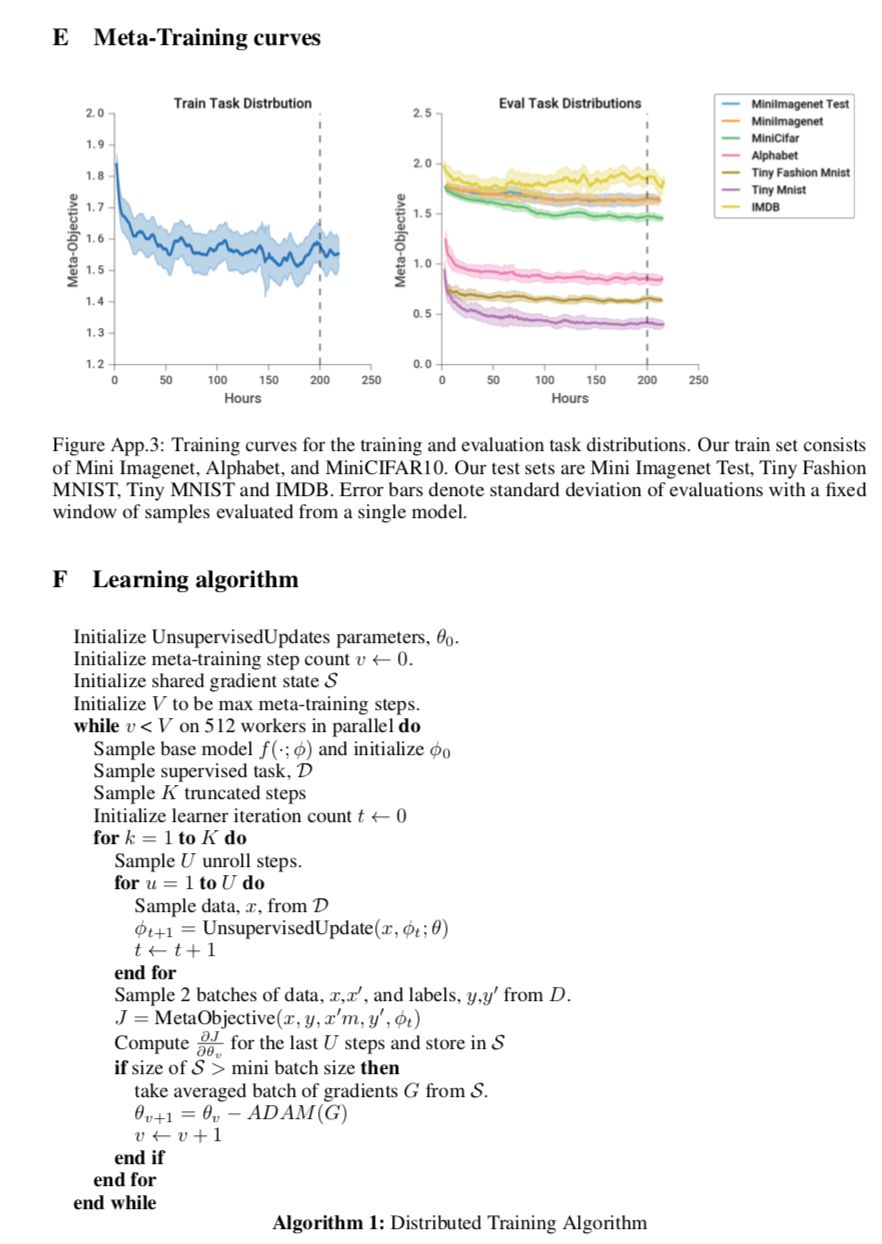 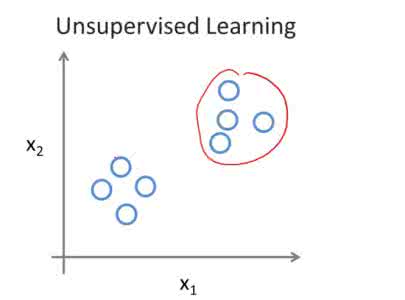