Pepa Atanasova,Jakob Grue Simonsen,Christina Lioma,Isabelle Augenstein
from arxiv, In Proceedings of the 2020 Annual Conference of the Association for Computational Linguistics (ACL 2020)

Most existing work on automated fact checking is concerned with predicting the veracity of claims based on metadata, social network spread, language used in claims, and, more recently, evidence supporting or denying claims. A crucial piece of the puzzle that is still missing is to understand how to automate the most elaborate part of the process -- generating justifications for verdicts on claims. This paper provides the first study of how these explanations can be generated automatically based on available claim context, and how this task can be modelled jointly with veracity prediction. Our results indicate that optimising both objectives at the same time, rather than training them separately, improves the performance of a fact checking system. The results of a manual evaluation further suggest that the informativeness, coverage and overall quality of the generated explanations are also improved in the multi-task model.

Recent advances in maximizing mutual information (MI) between the source and target have demonstrated its effectiveness in text generation. However, previous works paid little attention to modeling the backward network of MI (i.e., dependency from the target to the source), which is crucial to the tightness of the variational information maximization lower bound. In this paper, we propose Adversarial Mutual Information (AMI): a text generation framework which is formed as a novel saddle point (min-max) optimization aiming to identify joint interactions between the source and target. Within this framework, the forward and backward networks are able to iteratively promote or demote each other's generated instances by comparing the real and synthetic data distributions. We also develop a latent noise sampling strategy that leverages random variations at the high-level semantic space to enhance the long term dependency in the generation process. Extensive experiments based on different text generation tasks demonstrate that the proposed AMI framework can significantly outperform several strong baselines, and we also show that AMI has potential to lead to a tighter lower bound of maximum mutual information for the variational information maximization problem. 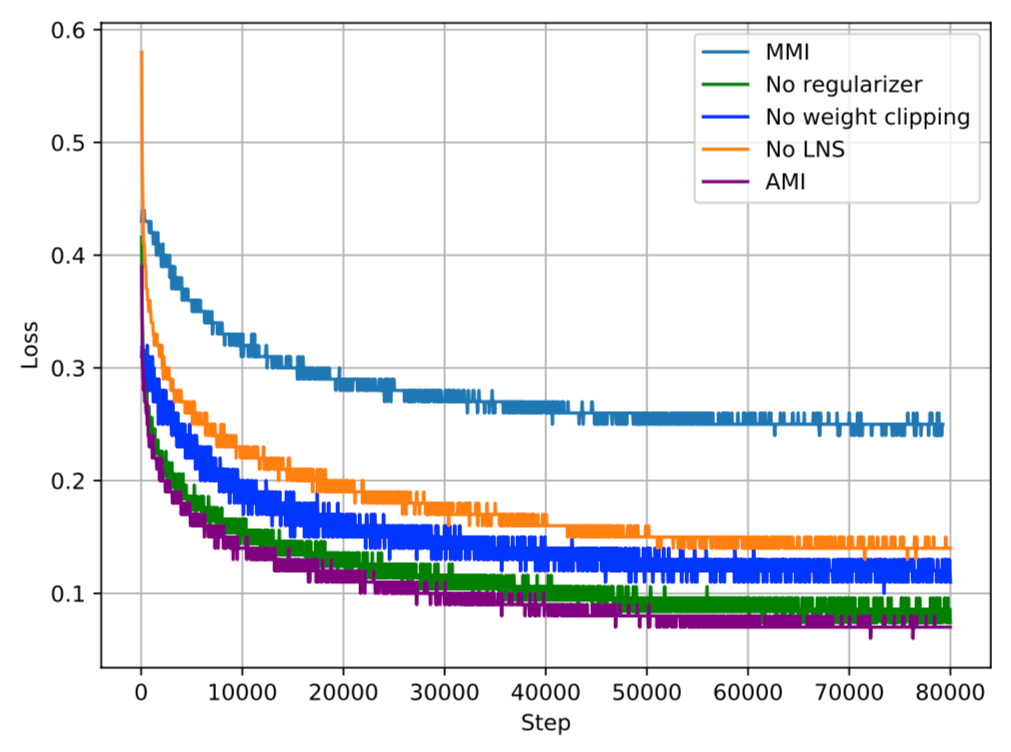 Despite recent advances in Visual QuestionAnswering (VQA), it remains a challenge todetermine how much success can be attributedto sound reasoning and comprehension ability.We seek to investigate this question by propos-ing a new task ofrationale generation. Es-sentially, we task a VQA model with generat-ing rationales for the answers it predicts. Weuse data from the Visual Commonsense Rea-soning (VCR) task, as it contains ground-truthrationales along with visual questions and an-swers. We first investigate commonsense un-derstanding in one of the leading VCR mod-els, ViLBERT, by generating rationales frompretrained weights using a state-of-the-art lan-guage model, GPT-2. Next, we seek to jointlytrain ViLBERT with GPT-2 in an end-to-endfashion with the dual task of predicting the an-swer in VQA and generating rationales. Weshow that this kind of training injects com-monsense understanding in the VQA modelthrough quantitative and qualitative evaluationmetrics 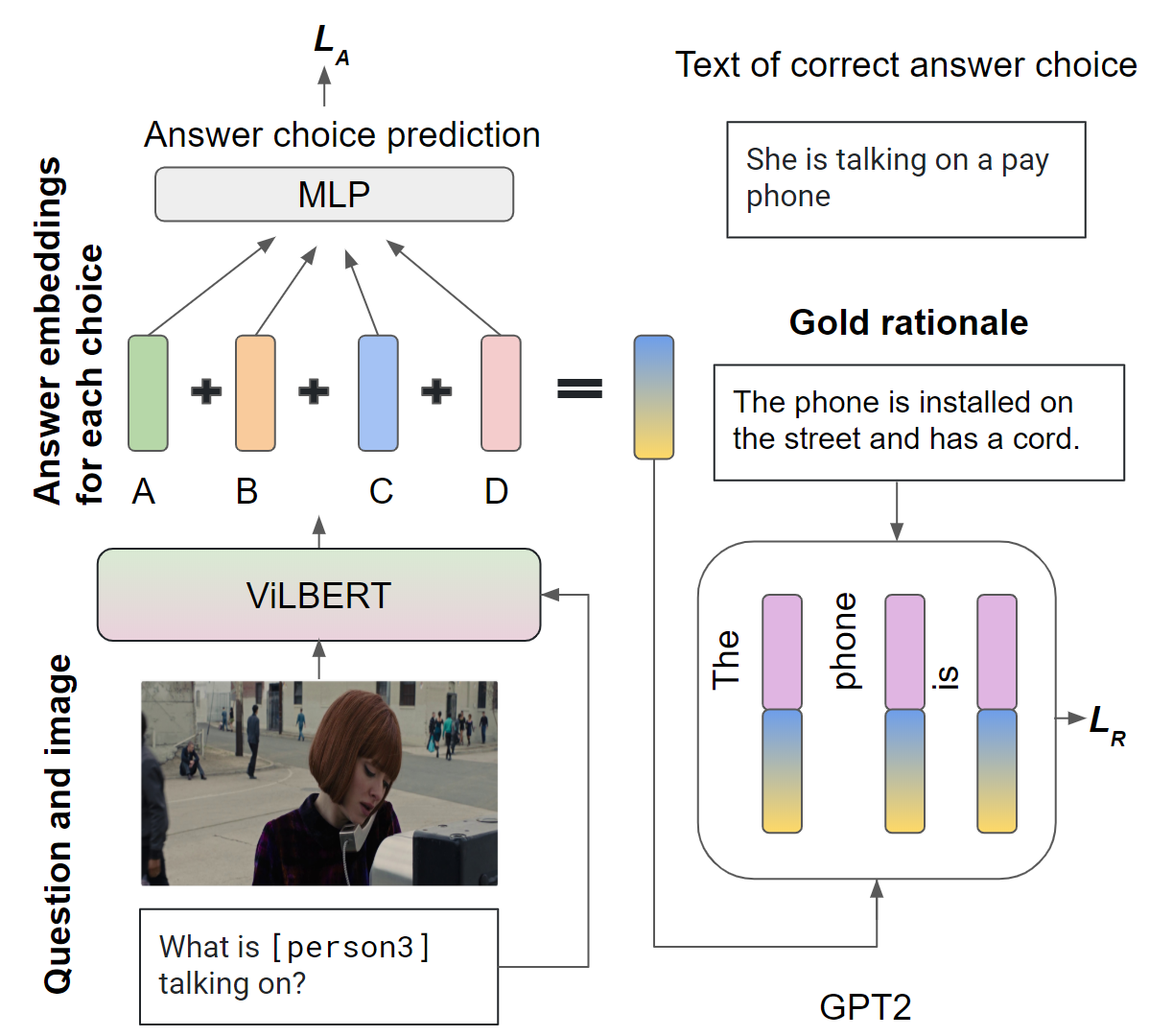 A machine learning model was developed to automatically generate questions from Wikipedia passages using transformers, an attention-based model eschewing the paradigm of existing recurrent neural networks (RNNs). The model was trained on the inverted Stanford Question Answering Dataset (SQuAD), which is a reading comprehension dataset consisting of 100,000+ questions posed by crowdworkers on a set of Wikipedia articles. After training, the question generation model is able to generate simple questions relevant to unseen passages and answers containing an average of 8 words per question. The word error rate (WER) was used as a metric to compare the similarity between SQuAD questions and the model-generated questions. Although the high average WER suggests that the questions generated differ from the original SQuAD questions, the questions generated are mostly grammatically correct and plausible in their own right. 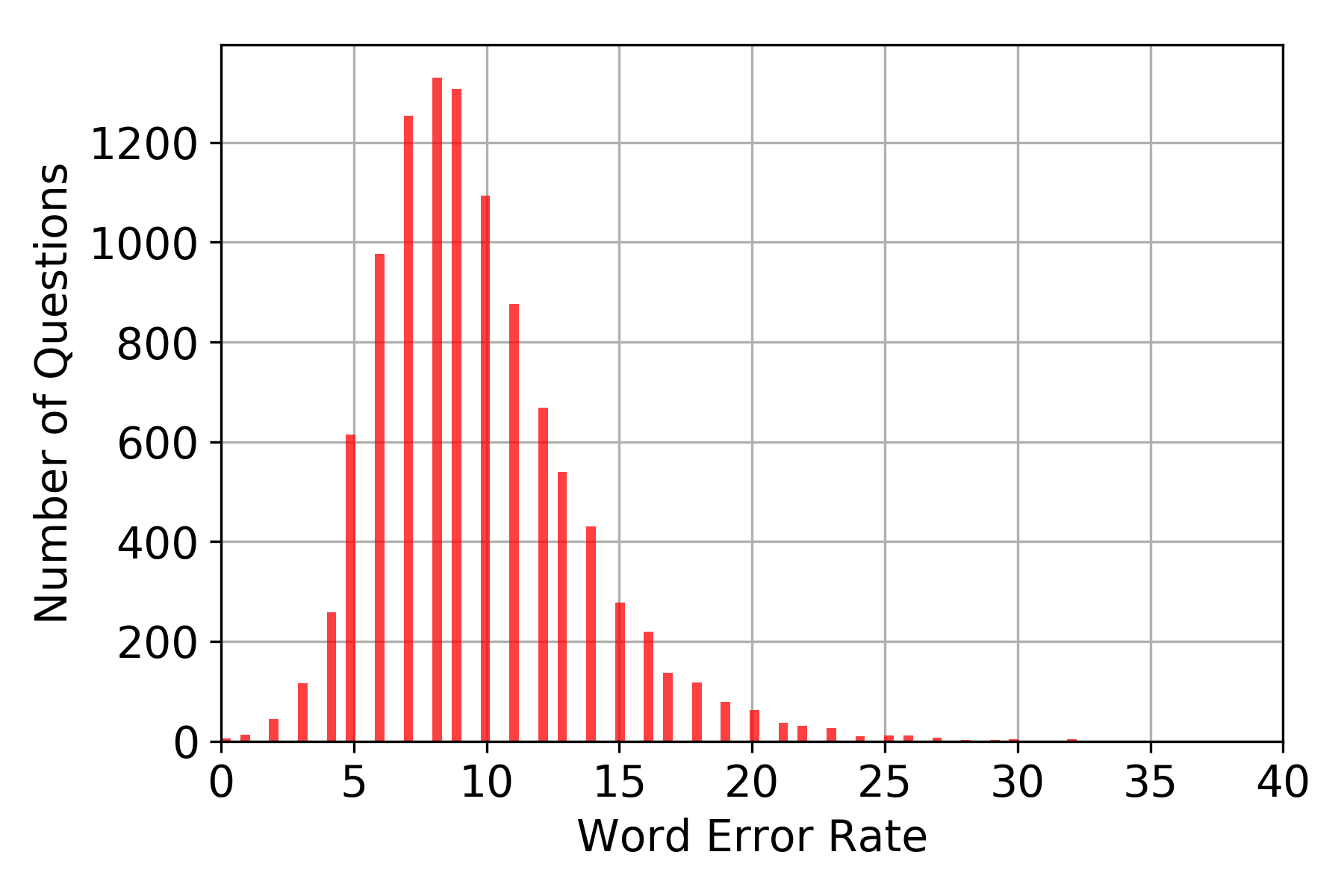 While models for Visual Question Answering (VQA) have steadily improved over the years, interacting with one quickly reveals that these models lack consistency. For instance, if a model answers "red" to "What color is the balloon?", it might answer "no" if asked, "Is the balloon red?". These responses violate simple notions of entailment and raise questions about how effectively VQA models ground language. In this work, we introduce a dataset, ConVQA, and metrics that enable quantitative evaluation of consistency in VQA. For a given observable fact in an image (e.g. the balloon's color), we generate a set of logically consistent question-answer (QA) pairs (e.g. Is the balloon red?) and also collect a human-annotated set of common-sense based consistent QA pairs (e.g. Is the balloon the same color as tomato sauce?). Further, we propose a consistency-improving data augmentation module, a Consistency Teacher Module (CTM). CTM automatically generates entailed (or similar-intent) questions for a source QA pair and fine-tunes the VQA model if the VQA's answer to the entailed question is consistent with the source QA pair. We demonstrate that our CTM-based training improves the consistency of VQA models on the ConVQA datasets and is a strong baseline for further research.

Paragraph-style image captions describe diverse aspects of an image as opposed to the more common single-sentence captions that only provide an abstract description of the image. These paragraph captions can hence contain substantial information of the image for tasks such as visual question answering. Moreover, this textual information is complementary with visual information present in the image because it can discuss both more abstract concepts and more explicit, intermediate symbolic information about objects, events, and scenes that can directly be matched with the textual question and copied into the textual answer (i.e., via easier modality match). Hence, we propose a combined Visual and Textual Question Answering (VTQA) model which takes as input a paragraph caption as well as the corresponding image, and answers the given question based on both inputs. In our model, the inputs are fused to extract related information by cross-attention (early fusion), then fused again in the form of consensus (late fusion), and finally expected answers are given an extra score to enhance the chance of selection (later fusion). Empirical results show that paragraph captions, even when automatically generated (via an RL-based encoder-decoder model), help correctly answer more visual questions. Overall, our joint model, when trained on the Visual Genome dataset, significantly improves the VQA performance over a strong baseline model. 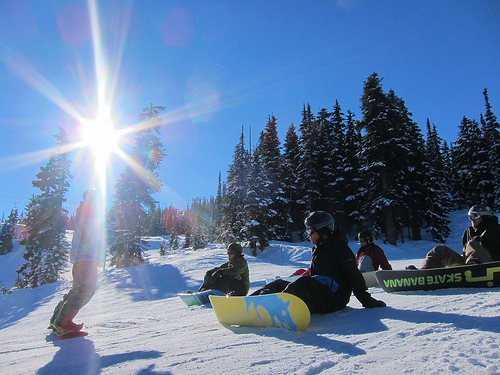 Neural question generation (NQG) is the task of generating a question from a given passage with deep neural networks. Previous NQG models suffer from a problem that a significant proportion of the generated questions include words in the question target, resulting in the generation of unintended questions. In this paper, we propose answer-separated seq2seq, which better utilizes the information from both the passage and the target answer. By replacing the target answer in the original passage with a special token, our model learns to identify which interrogative word should be used. We also propose a new module termed keyword-net, which helps the model better capture the key information in the target answer and generate an appropriate question. Experimental results demonstrate that our answer separation method significantly reduces the number of improper questions which include answers. Consequently, our model significantly outperforms previous state-of-the-art NQG models.

Existing research on response generation for chatbot focuses on \textbf{First Response Generation} which aims to teach the chatbot to say the first response (e.g. a sentence) appropriate to the conversation context (e.g. the user's query). In this paper, we introduce a new task \textbf{Second Response Generation}, termed as Improv chat, which aims to teach the chatbot to say the second response after saying the first response with respect the conversation context, so as to lighten the burden on the user to keep the conversation going. Specifically, we propose a general learning based framework and develop a retrieval based system which can generate the second responses with the users' query and the chatbot's first response as input. We present the approach to building the conversation corpus for Improv chat from public forums and social networks, as well as the neural networks based models for response matching and ranking. We include the preliminary experiments and results in this paper. This work could be further advanced with better deep matching models for retrieval base systems or generative models for generation based systems as well as extensive evaluations in real-life applications.

We study the problem of stock related question answering (StockQA): automatically generating answers to stock related questions, just like professional stock analysts providing action recommendations to stocks upon user's requests. StockQA is quite different from previous QA tasks since (1) the answers in StockQA are natural language sentences (rather than entities or values) and due to the dynamic nature of StockQA, it is scarcely possible to get reasonable answers in an extractive way from the training data; and (2) StockQA requires properly analyzing the relationship between keywords in QA pair and the numerical features of a stock. We propose to address the problem with a memory-augmented encoder-decoder architecture, and integrate different mechanisms of number understanding and generation, which is a critical component of StockQA. We build a large-scale Chinese dataset containing over 180K StockQA instances, based on which various technique combinations are extensively studied and compared. Experimental results show that a hybrid word-character model with separate character components for number processing, achieves the best performance.\footnote{The data is publicly available at \url{http://ai.tencent.com/ailab/nlp/dataset/}.}

Hanie Sedghi,Ashish Sabharwal
from arxiv, To appear in TACL

Given a knowledge base or KB containing (noisy) facts about common nouns or generics, such as "all trees produce oxygen" or "some animals live in forests", we consider the problem of inferring additional such facts at a precision similar to that of the starting KB. Such KBs capture general knowledge about the world, and are crucial for various applications such as question answering. Different from commonly studied named entity KBs such as Freebase, generics KBs involve quantification, have more complex underlying regularities, tend to be more incomplete, and violate the commonly used locally closed world assumption (LCWA). We show that existing KB completion methods struggle with this new task, and present the first approach that is successful. Our results demonstrate that external information, such as relation schemas and entity taxonomies, if used appropriately, can be a surprisingly powerful tool in this setting. First, our simple yet effective knowledge guided tensor factorization approach achieves state-of-the-art results on two generics KBs (80% precise) for science, doubling their size at 74%-86% precision. Second, our novel taxonomy guided, submodular, active learning method for collecting annotations about rare entities (e.g., oriole, a bird) is 6x more effective at inferring further new facts about them than multiple active learning baselines.

A social interaction is a social exchange between two or more individuals,where individuals modify and adjust their behaviors in response to their interaction partners. Our social interactions are one of most fundamental aspects of our lives and can profoundly affect our mood, both positively and negatively. With growing interest in virtual reality and avatar-mediated interactions,it is desirable to make these interactions natural and human like to promote positive effect in the interactions and applications such as intelligent tutoring systems, automated interview systems and e-learning. In this paper, we propose a method to generate facial behaviors for an agent. These behaviors include facial expressions and head pose and they are generated considering the users affective state. Our models learn semantically meaningful representations of the face and generate appropriate and temporally smooth facial behaviors in dyadic interactions. 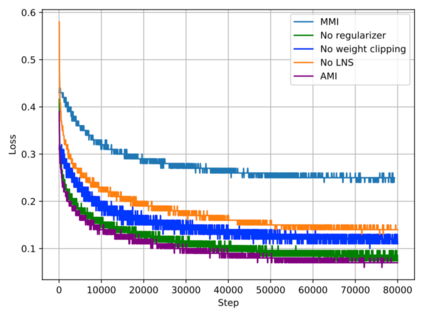 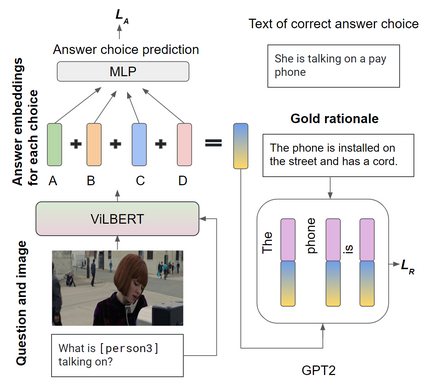 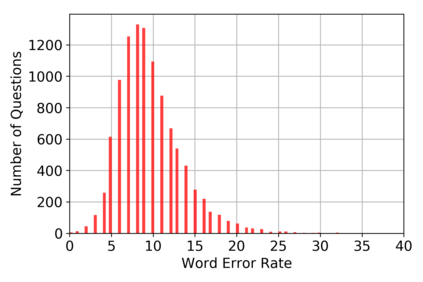 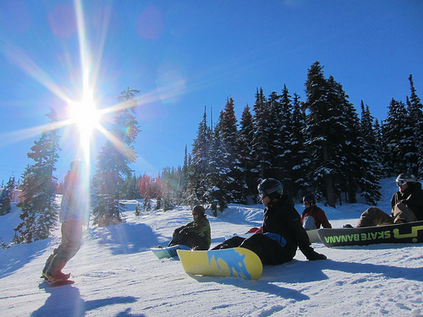 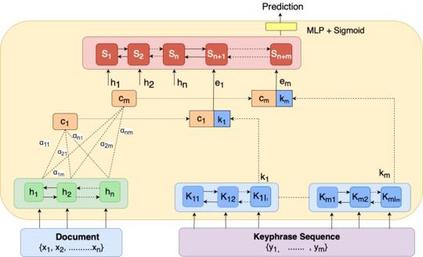 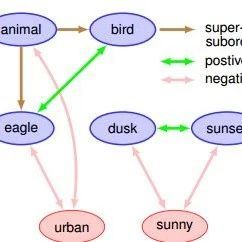 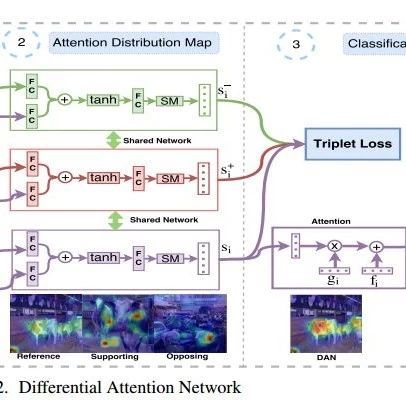 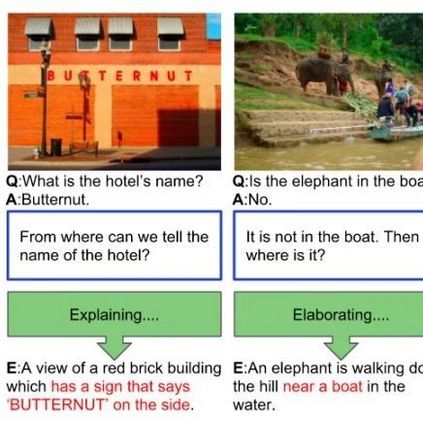 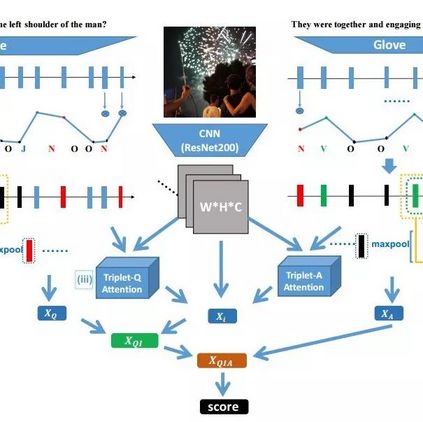 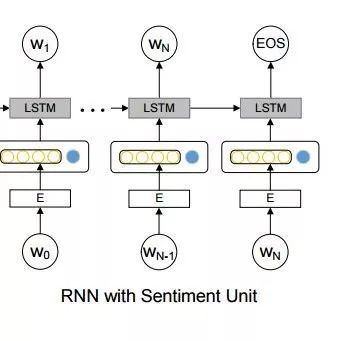 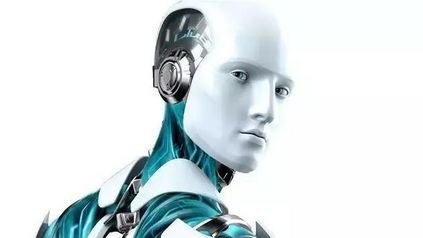