This paper considers the numerical treatment of the time-dependent Gross-Pitaevskii equation. In order to conserve the time invariants of the equation as accurately as possible, we propose a Crank-Nicolson-type time discretization that is combined with a suitable generalized finite element discretization in space. The space discretization is based on the technique of Localized Orthogonal Decompositions (LOD) and allows to capture the time invariants with an accuracy of order $\mathcal{O}(H^6)$ with respect to the chosen mesh size $H$. This accuracy is preserved due to the conservation properties of the time stepping method. Furthermore, we prove that the resulting scheme approximates the exact solution in the $L^{\infty}(L^2)$-norm with order $\mathcal{O}(\tau^2 + H^4)$, where $\tau$ denotes the step size. The computational efficiency of the method is demonstrated in numerical experiments for a benchmark problem with known exact solution.

We consider a multi-armed bandit problem specified by a set of one-dimensional family exponential distributions endowed with a unimodal structure. We introduce IMED-UB, a algorithm that optimally exploits the unimodal-structure, by adapting to this setting the Indexed Minimum Empirical Divergence (IMED) algorithm introduced by Honda and Takemura [2015]. Owing to our proof technique, we are able to provide a concise finite-time analysis of IMED-UB algorithm. Numerical experiments show that IMED-UB competes with the state-of-the-art algorithms.

Completely positive and trace-preserving maps characterize physically implementable quantum operations. On the other hand, general linear maps, such as positive but not completely positive maps, which can not be physically implemented, are fundamental ingredients in quantum information, both in theoretical and practical perspectives. This raises the question of how well one can simulate or approximate the action of a general linear map by physically implementable operations. In this work, we introduce a systematic framework to resolve this task using the quasiprobability decomposition technique. We decompose a target linear map into a linear combination of physically implementable operations and introduce the physical implementability measure as the least amount of negative portion that the quasiprobability must pertain, which directly quantifies the cost of simulating a given map using physically implementable quantum operations. We show this measure is efficiently computable by semidefinite programs and prove several properties of this measure, such as faithfulness, additivity, and unitary invariance. We derive lower and upper bounds in terms of the Choi operator's trace norm and obtain analytic expressions for several linear maps of practical interests. Furthermore, we endow this measure with an operational meaning within the quantum error mitigation scenario: it establishes the lower bound of the sampling cost achievable via the quasiprobability decomposition technique. In particular, for parallel quantum noises, we show that global error mitigation has no advantage over local error mitigation.

A completely randomized experiment allows us to estimate the causal effect by the difference in the averages of the outcome under the treatment and control. But, difference-in-means type estimators behave poorly if the potential outcomes have a heavy-tail, or contain a few extreme observations or outliers. We study an alternative estimator by Rosenbaum that estimates the causal effect by inverting a randomization test using ranks. We study the asymptotic properties of this estimator and develop a framework to compare the efficiencies of different estimators of the treatment effect in the setting of randomized experiments. In particular, we show that the Rosenbaum estimator has variance that is asymptotically, in the worst case, at most about 1.16 times the variance of the difference-in-means estimator, and can be much smaller when the potential outcomes are not light-tailed. We further derive a consistent estimator of the asymptotic standard error for the Rosenbaum estimator which immediately yields a readily computable confidence interval for the treatment effect, thereby alleviating the expensive numerical calculations needed to implement the original proposal of Rosenbaum. Further, we propose a regression adjusted version of the Rosenbaum estimator to incorporate additional covariate information in randomization inference. We prove gain in efficiency by this regression adjustment method under a linear regression model. Finally, we illustrate through simulations that, unlike the difference-in-means based estimators, either unadjusted or regression adjusted, these rank-based estimators are efficient and robust against heavy-tailed distributions, contamination, and various model misspecifications.

We present a numerical stability analysis of the immersed boundary(IB) method for a special case which is constructed so that Fourier analysis is applicable. We examine the stability of the immersed boundary method with the discrete Fourier transforms defined differently on the fluid grid and the boundary grid. This approach gives accurate theoretical results about the stability boundary since it takes the effects of the spreading kernel of the immersed boundary method on the numerical stability into account. In this paper, the spreading kernel is the standard 4-point IB delta function. A three-dimensional incompressible viscous flow and a no-slip planar boundary are considered. The case of a planar elastic membrane is also analyzed using the same analysis framework and it serves as an example of many possible generalizations of our theory. We present some numerical results and show that the observed stability behaviors are consistent with what are predicted by our theory.

We consider Broyden's method and some accelerated schemes for nonlinear equations having a strongly regular singularity of first order with a one-dimensional nullspace. Our two main results are as follows. First, we show that the use of a preceding Newton-like step ensures convergence for starting points in a starlike domain with density 1. This extends the domain of convergence of these methods significantly. Second, we establish that the matrix updates of Broyden's method converge q-linearly with the same asymptotic factor as the iterates. This contributes to the long-standing question whether the Broyden matrices converge by showing that this is indeed the case for the setting at hand. Furthermore, we prove that the Broyden directions violate uniform linear independence, which implies that existing results for convergence of the Broyden matrices cannot be applied. Numerical experiments of high precision confirm the enlarged domain of convergence, the q-linear convergence of the matrix updates, and the lack of uniform linear independence. In addition, they suggest that these results can be extended to singularities of higher order and that Broyden's method can converge r-linearly without converging q-linearly. The underlying code is freely available.

We propose and analyse an augmented mixed finite element method for the Navier--Stokes equations written in terms of velocity, vorticity, and pressure with non-constant viscosity and no-slip boundary conditions. The weak formulation includes least-squares terms arising from the constitutive equation and from the incompressibility condition, and we use a fixed point strategies to show the existence and uniqueness of continuous and discrete solutions under the assumption of sufficiently small data. The method is constructed using any compatible finite element pair (conforming or non-conforming) for velocity and pressure as dictated by Stokes inf-sup stability, while for vorticity any generic discrete space (of arbitrary order) can be used. We establish optimal a priori error estimates. Finally, we provide a set of numerical tests in 2D and 3D illustrating the behaviour of the scheme as well as verifying the theoretical convergence rates.

Karlheinz Gröchenig,Andreas Klotz
from arxiv, 32 pp. We modified Section 6 to cover the case of slowly oscillating symbols. Some minor errors are corrected

We prove necessary density conditions for sampling in spectral subspaces of a second order uniformly elliptic differential operator on $R^d$ with slowly oscillating symbol. For constant coefficient operators, these are precisely Landaus necessary density conditions for bandlimited functions, but for more general elliptic differential operators it has been unknown whether such a critical density even exists. Our results prove the existence of a suitable critical sampling density and compute it in terms of the geometry defined by the elliptic operator. In dimension 1, functions in a spectral subspace can be interpreted as functions with variable bandwidth, and we obtain a new critical density for variable bandwidth. The methods are a combination of the spectral theory and the regularity theory of elliptic partial differential operators, some elements of limit operators, certain compactifications of $R^d $, and the theory of reproducing kernel Hilbert spaces.

We propose an efficient, accurate and robust IMEX solver for the compressible Navier-Stokes equation with general equation of state. The method, which is based on an $h-$adaptive Discontinuos Galerkin spatial discretization and on an Additive Runge Kutta IMEX method for time discretization, is tailored for low Mach number applications and allows to simulate low Mach regimes at a significantly reduced computational cost, while maintaining full second order accuracy also for higher Mach number regimes. The method has been implemented in the framework of the deal.II numerical library, whose adaptive mesh refinement capabilities are employed to enhance efficiency. Refinement indicators appropriate for real gas phenomena have been introduced. A number of numerical experiments on classical benchmarks for compressible flows and their extension to real gases demonstrate the properties of the proposed method.

In this paper, we consider a boundary value problem (BVP) for a fourth order nonlinear functional integro-differential equation. We establish the existence and uniqueness of solution and construct a numerical method for solving it. We prove that the method is of second order accuracy and obtain an estimate for the total error. Some examples demonstrate the validity of the obtained theoretical results and the efficiency of the numerical method. 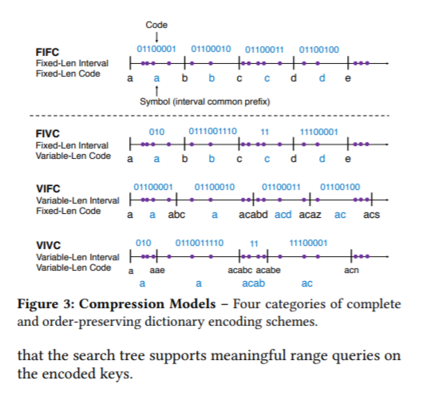 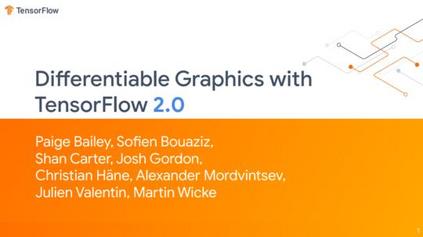 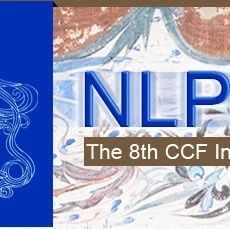