The unsupervised text clustering is one of the major tasks in natural language processing (NLP) and remains a difficult and complex problem. Conventional \mbox{methods} generally treat this task using separated steps, including text representation learning and clustering the representations. As an improvement, neural methods have also been introduced for continuous representation learning to address the sparsity problem. However, the multi-step process still deviates from the unified optimization target. Especially the second step of cluster is generally performed with conventional methods such as k-Means. We propose a pure neural framework for text clustering in an end-to-end manner. It jointly learns the text representation and the clustering model. Our model works well when the context can be obtained, which is nearly always the case in the field of NLP. We have our method \mbox{evaluated} on two widely used benchmarks: IMDB movie reviews for sentiment classification and $20$-Newsgroup for topic categorization. Despite its simplicity, experiments show the model outperforms previous clustering methods by a large margin. Furthermore, the model is also verified on English wiki dataset as a large corpus. 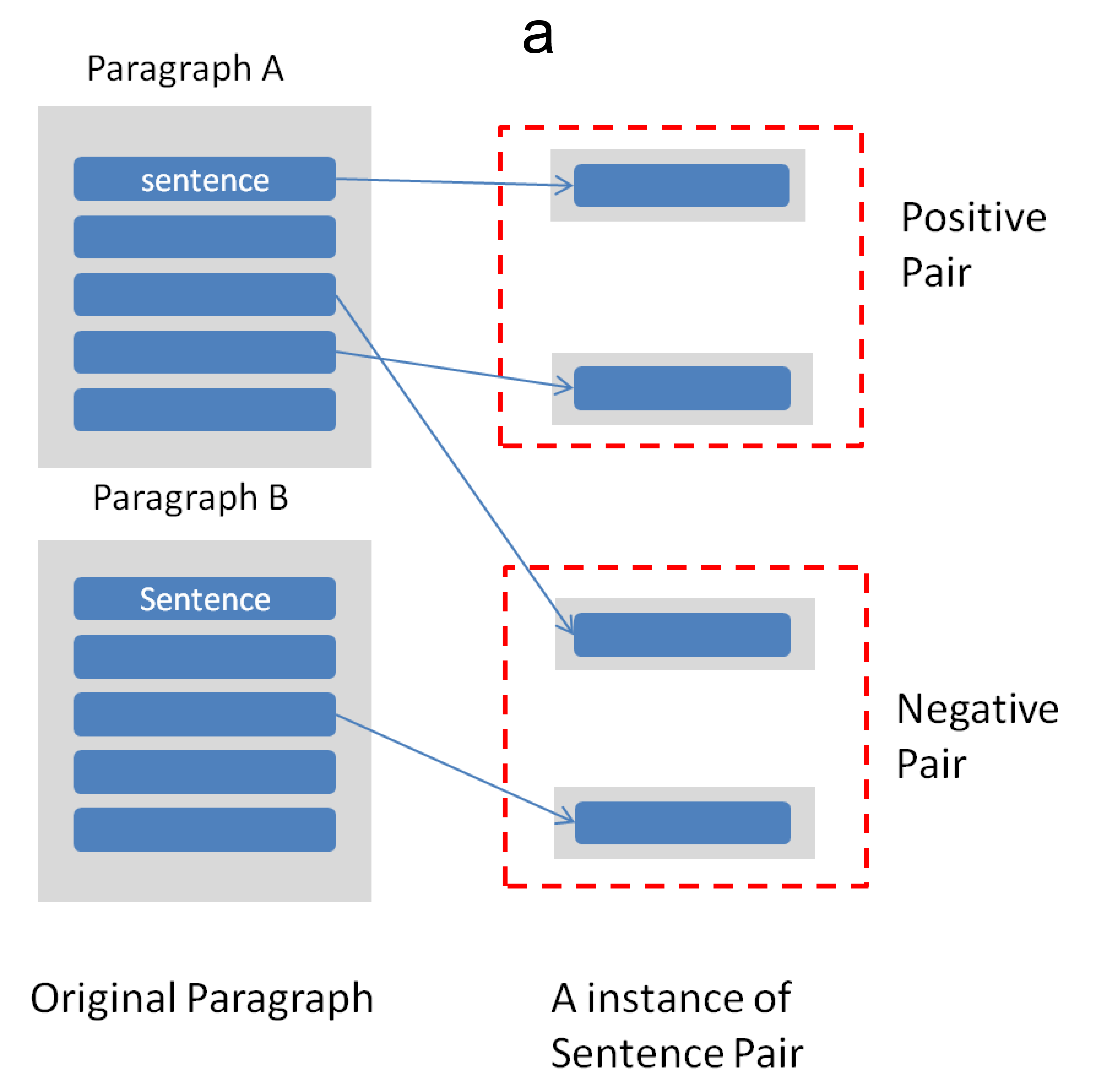 In Multi-Label Text Classification (MLTC), one sample can belong to more than one class. It is observed that most MLTC tasks, there are dependencies or correlations among labels. Existing methods tend to ignore the relationship among labels. In this paper, a graph attention network-based model is proposed to capture the attentive dependency structure among the labels. The graph attention network uses a feature matrix and a correlation matrix to capture and explore the crucial dependencies between the labels and generate classifiers for the task. The generated classifiers are applied to sentence feature vectors obtained from the text feature extraction network (BiLSTM) to enable end-to-end training. Attention allows the system to assign different weights to neighbor nodes per label, thus allowing it to learn the dependencies among labels implicitly. The results of the proposed model are validated on five real-world MLTC datasets. The proposed model achieves similar or better performance compared to the previous state-of-the-art models.

Recently, researches have explored the graph neural network (GNN) techniques on text classification, since GNN does well in handling complex structures and preserving global information. However, previous methods based on GNN are mainly faced with the practical problems of fixed corpus level graph structure which do not support online testing and high memory consumption. To tackle the problems, we propose a new GNN based model that builds graphs for each input text with global parameters sharing instead of a single graph for the whole corpus. This method removes the burden of dependence between an individual text and entire corpus which support online testing, but still preserve global information. Besides, we build graphs by much smaller windows in the text, which not only extract more local features but also significantly reduce the edge numbers as well as memory consumption. Experiments show that our model outperforms existing models on several text classification datasets even with consuming less memory.

Graph convolutional network (GCN) has been successfully applied to many graph-based applications; however, training a large-scale GCN remains challenging. Current SGD-based algorithms suffer from either a high computational cost that exponentially grows with number of GCN layers, or a large space requirement for keeping the entire graph and the embedding of each node in memory. In this paper, we propose Cluster-GCN, a novel GCN algorithm that is suitable for SGD-based training by exploiting the graph clustering structure. Cluster-GCN works as the following: at each step, it samples a block of nodes that associate with a dense subgraph identified by a graph clustering algorithm, and restricts the neighborhood search within this subgraph. This simple but effective strategy leads to significantly improved memory and computational efficiency while being able to achieve comparable test accuracy with previous algorithms. To test the scalability of our algorithm, we create a new Amazon2M data with 2 million nodes and 61 million edges which is more than 5 times larger than the previous largest publicly available dataset (Reddit). For training a 3-layer GCN on this data, Cluster-GCN is faster than the previous state-of-the-art VR-GCN (1523 seconds vs 1961 seconds) and using much less memory (2.2GB vs 11.2GB). Furthermore, for training 4 layer GCN on this data, our algorithm can finish in around 36 minutes while all the existing GCN training algorithms fail to train due to the out-of-memory issue. Furthermore, Cluster-GCN allows us to train much deeper GCN without much time and memory overhead, which leads to improved prediction accuracy---using a 5-layer Cluster-GCN, we achieve state-of-the-art test F1 score 99.36 on the PPI dataset, while the previous best result was 98.71 by [16]. Our codes are publicly available at https://github.com/google-research/google-research/tree/master/cluster_gcn.

Building correspondences across different modalities, such as video and language, has recently become critical in many visual recognition applications, such as video captioning. Inspired by machine translation, recent models tackle this task using an encoder-decoder strategy. The (video) encoder is traditionally a Convolutional Neural Network (CNN), while the decoding (for language generation) is done using a Recurrent Neural Network (RNN). Current state-of-the-art methods, however, train encoder and decoder separately. CNNs are pretrained on object and/or action recognition tasks and used to encode video-level features. The decoder is then optimised on such static features to generate the video's description. This disjoint setup is arguably sub-optimal for input (video) to output (description) mapping. In this work, we propose to optimise both encoder and decoder simultaneously in an end-to-end fashion. In a two-stage training setting, we first initialise our architecture using pre-trained encoders and decoders -- then, the entire network is trained end-to-end in a fine-tuning stage to learn the most relevant features for video caption generation. In our experiments, we use GoogLeNet and Inception-ResNet-v2 as encoders and an original Soft-Attention (SA-) LSTM as a decoder. Analogously to gains observed in other computer vision problems, we show that end-to-end training significantly improves over the traditional, disjoint training process. We evaluate our End-to-End (EtENet) Networks on the Microsoft Research Video Description (MSVD) and the MSR Video to Text (MSR-VTT) benchmark datasets, showing how EtENet achieves state-of-the-art performance across the board.

Complex networks are used as an abstraction for systems modeling in physics, biology, sociology, and other areas. We propose an algorithm based on a fast personalized node ranking and recent advancements in deep learning for learning supervised network embeddings as well as to classify network nodes directly. Learning from homogeneous, as well as heterogeneous networks, our algorithm outperforms strong baselines on nine node-classification benchmarks from the domains of molecular biology, finance, social media and language processing---one of the largest node classification collections to date. The results are comparable or better than current state-of-the-art in terms of speed as well as predictive accuracy. Embeddings, obtained by the proposed algorithm, are also a viable option for network visualization.

We present an end-to-end CNN architecture for fine-grained visual recognition called Collaborative Convolutional Network (CoCoNet). The network uses a collaborative filter after the convolutional layers to represent an image as an optimal weighted collaboration of features learned from training samples as a whole rather than one at a time. This gives CoCoNet more power to encode the fine-grained nature of the data with limited samples in an end-to-end fashion. We perform a detailed study of the performance with 1-stage and 2-stage transfer learning and different configurations with benchmark architectures like AlexNet and VggNet. The ablation study shows that the proposed method outperforms its constituent parts considerably and consistently. CoCoNet also outperforms the baseline popular deep learning based fine-grained recognition method, namely Bilinear-CNN (BCNN) with statistical significance. Experiments have been performed on the fine-grained species recognition problem, but the method is general enough to be applied to other similar tasks. Lastly, we also introduce a new public dataset for fine-grained species recognition, that of Indian endemic birds and have reported initial results on it. The training metadata and new dataset are available through the corresponding author. 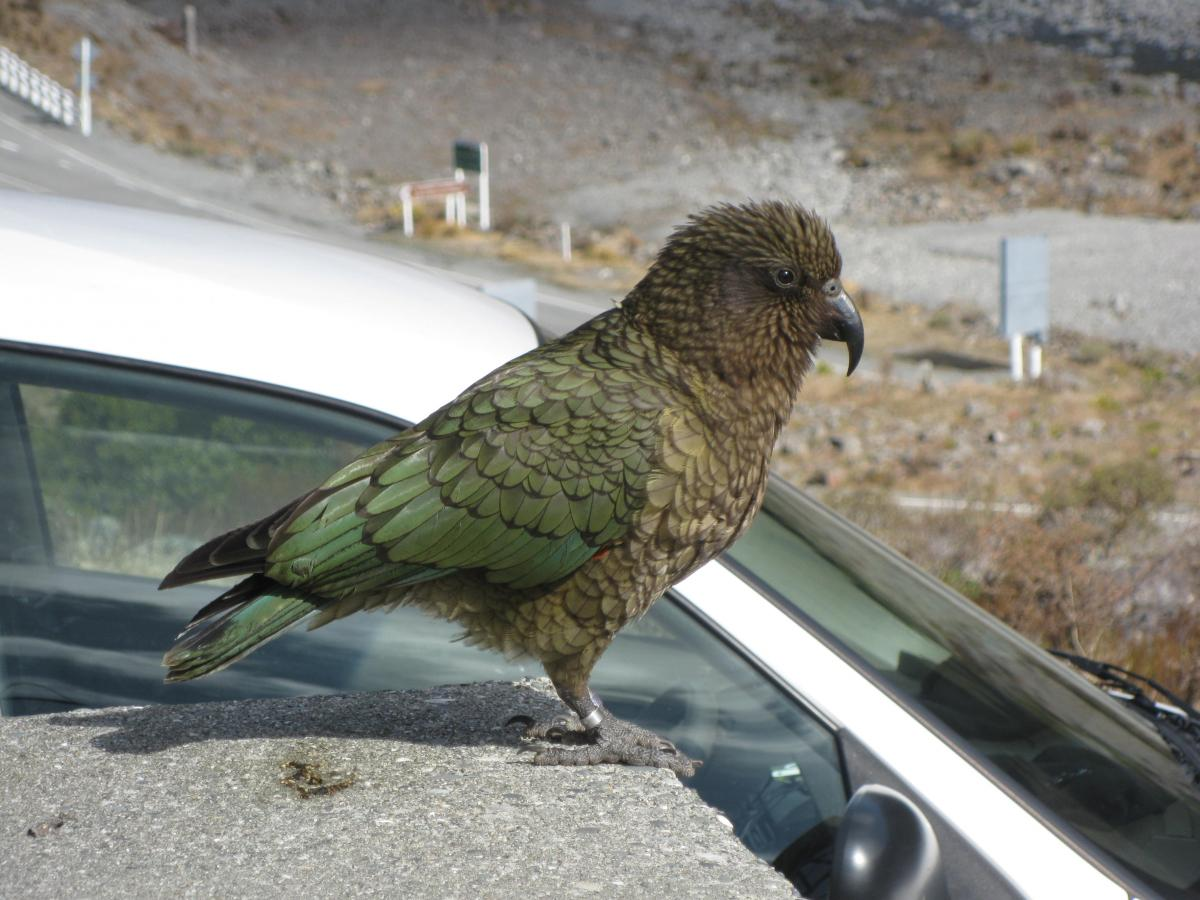 The classification of sentences is very challenging, since sentences contain the limited contextual information. In this paper, we proposed an Attention-Gated Convolutional Neural Network (AGCNN) for sentence classification, which generates attention weights from the feature's context windows of different sizes by using specialized convolution encoders. It makes full use of limited contextual information to extract and enhance the influence of important features in predicting the sentence's category. Experimental results demonstrated that our model can achieve up to 3.1% higher accuracy than standard CNN models, and gain competitive results over the baselines on four out of the six tasks. Besides, we designed an activation function, namely, Natural Logarithm rescaled Rectified Linear Unit (NLReLU). Experiments showed that NLReLU can outperform ReLU and is comparable to other well-known activation functions on AGCNN.

For analysing and/or understanding languages having no word boundaries based on morphological analysis such as Japanese, Chinese, and Thai, it is desirable to perform appropriate word segmentation before word embeddings. But it is inherently difficult in these languages. In recent years, various language models based on deep learning have made remarkable progress, and some of these methodologies utilizing character-level features have successfully avoided such a difficult problem. However, when a model is fed character-level features of the above languages, it often causes overfitting due to a large number of character types. In this paper, we propose a CE-CLCNN, character-level convolutional neural networks using a character encoder to tackle these problems. The proposed CE-CLCNN is an end-to-end learning model and has an image-based character encoder, i.e. the CE-CLCNN handles each character in the target document as an image. Through various experiments, we found and confirmed that our CE-CLCNN captured closely embedded features for visually and semantically similar characters and achieves state-of-the-art results on several open document classification tasks. In this paper we report the performance of our CE-CLCNN with the Wikipedia title estimation task and analyse the internal behaviour.

Text Classification is an important and classical problem in natural language processing. There have been a number of studies that applied convolutional neural networks (convolution on regular grid, e.g., sequence) to classification. However, only a limited number of studies have explored the more flexible graph convolutional neural networks (e.g., convolution on non-grid, e.g., arbitrary graph) for the task. In this work, we propose to use graph convolutional networks for text classification. We build a single text graph for a corpus based on word co-occurrence and document word relations, then learn a Text Graph Convolutional Network (Text GCN) for the corpus. Our Text GCN is initialized with one-hot representation for word and document, it then jointly learns the embeddings for both words and documents, as supervised by the known class labels for documents. Our experimental results on multiple benchmark datasets demonstrate that a vanilla Text GCN without any external word embeddings or knowledge outperforms state-of-the-art methods for text classification. On the other hand, Text GCN also learns predictive word and document embeddings. In addition, experimental results show that the improvement of Text GCN over state-of-the-art comparison methods become more prominent as we lower the percentage of training data, suggesting the robustness of Text GCN to less training data in text classification.

Dinesh Raghu,Nikhil Gupta, Mausam
from arxiv, This work was submitted to ACL '18 on 22nd February 2018 but was not accepted

We observe that end-to-end memory networks (MN) trained for task-oriented dialogue, such as for recommending restaurants to a user, suffer from an out-of-vocabulary (OOV) problem -- the entities returned by the Knowledge Base (KB) may not be seen by the network at training time, making it impossible for it to use them in dialogue. We propose a Hierarchical Pointer Memory Network (HyP-MN), in which the next word may be generated from the decode vocabulary or copied from a hierarchical memory maintaining KB results and previous utterances. Evaluating over the dialog bAbI tasks, we find that HyP-MN drastically outperforms MN obtaining 12% overall accuracy gains. Further analysis reveals that MN fails completely in recommending any relevant restaurant, whereas HyP-MN recommends the best next restaurant 80% of the time. 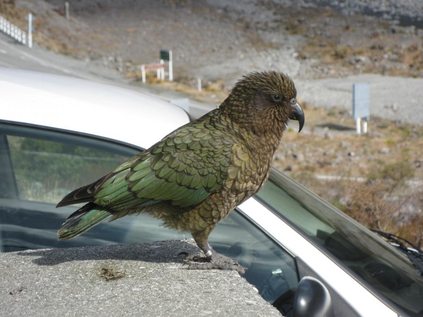 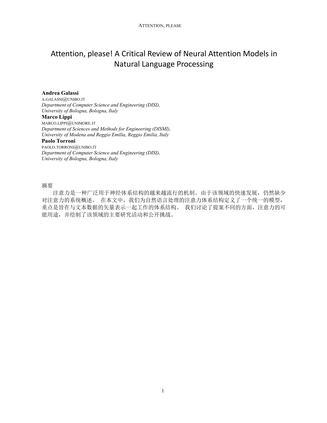 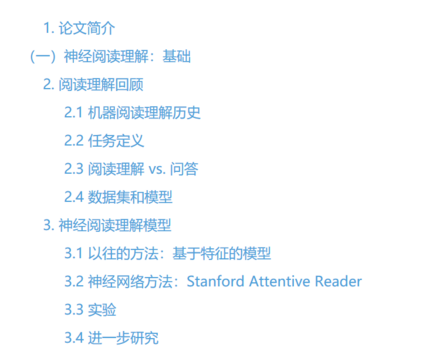