LEARNING A PRIOR OVER INTENT VIA META-INVERSE REINFORCEMENT LEARNING

A significant challenge for the practical application of reinforcement learning to real world problems is the need to specify an oracle reward function that correctly defines a task. Inverse reinforcement learning (IRL) seeks to avoid this challenge by instead inferring a reward function from expert behavior. While appealing, it can be impractically expensive to collect datasets of demonstrations that cover the variation common in the real world (e.g. opening any type of door). Thus in practice, IRL must commonly be performed with only a limited set of demon- strations where it can be exceedingly difficult to unambiguously recover a reward function. In this work, we exploit the insight that demonstrations from other tasks can be used to constrain the set of possible reward functions by learning a “prior” that is specifically optimized for the ability to infer expressive reward functions from limited numbers of demonstrations. We demonstrate that our method can efficiently recover rewards from images for novel tasks and provide intuition as to how our approach is analogous to learning a prior.

Our approach relies on the key observation that related tasks share common structure that we can leverage when learning new tasks. To illustrate, considering a robot navigating through a home.

While the exact reward function we provide to the robot may differ depending on the task, there is a structure amid the space of useful behaviours, such as navigating to a series of landmarks, and there are certain behaviors we always want to encourage or discourage, such as avoiding obstacles or staying a reasonable distance from humans. This notion agrees with our understanding of why humans can easily infer the intents and goals (i.e., reward functions) of even abstract agents from just one or a few demonstrations Baker et al. (2007), as humans have access to strong priors about how other humans accomplish similar tasks accrued over many years. Similarly, our objective is to discover the common structure among different tasks, and encode the structure in a way that can be used to infer reward functions from a few demonstrations.

Learning in general energy-based models of this form is common in many applications such as structured prediction. However, in contrast to applications where learning can be supervised by millions of labels (e.g. semantic segmentation), the learning problem in Eq. 3 must typically be performed with a relatively small number of example demonstrations. In this work, we seek to address this issue in IRL by providing a way to integrate information from prior tasks to constrain the optimization in Eq. 3 in the regime of limited demonstrations.

Our goal in meta-IRL is to learn how to learn reward functions across many tasks such that the model can infer the reward function for a new task using only one or a few expert demonstrations. Intuitively, we can view this problem as aiming to learn a prior over the intentions of human demon- strators, such that when given just one or a few demonstrations of a new task, we can combine the learned prior with the new data to effectively determine the human’s reward function. Such a prior is helpful in inverse reinforcement learning settings, since the space of relevant reward functions is much smaller than the space of all possible rewards definable on the raw observations.

4.2 INTERPRETATION AS LEARNING A PRIOR OVER INTENT

The objective in Eq. 6 optimizes for parameters that enable that reward function to adapt and gener- alize efficiently on a wide range of tasks. Intuitively, constraining the space of reward functions to lie within a few steps of gradient descent can be interpreted as expressing a “locality” prior over reward function parameters. This intuition can be made more concrete with the following analysis.

By viewing IRL as maximum likelihood estimation, we

showed that for a linear model, fast adaptation via a few

steps of gradient descent in MAML is performing MAP

inference over φ, under a Gaussian prior with the mean

θ and a covariance that depends on the step size, num-

ber of steps and curvature of the loss. This is based on

the connection between early stopping and regularization

previously discussed in Santos (1996), which we refer

the readers to for a more detailed discussion. The in-

terpretation of MAML as imposing a Gaussian prior on

quadratic in the parameters (such as the log-likelihood of

a Gaussian in terms of its mean). For any non-quadratic

likelihood, this is an approximation in a local neighbor-

hood around θ (i.e. up to convex quadratic approxima-

tion). In the case of very complex parameterizations, such

as deep function approximators, this is a coarse approximation and unlikely to be the mode of a pos- terior. However, we can still frame the effect of early stopping and initialization as serving as a prior in a similar way as prior work (Sjo ̈berg & Ljung, 1995; Duvenaud et al., 2016; Grant et al., 2018).

More importantly, this interpretation hints at future extensions to our approach that could benefit from employing more fully Bayesian approaches to reward and goal inference. 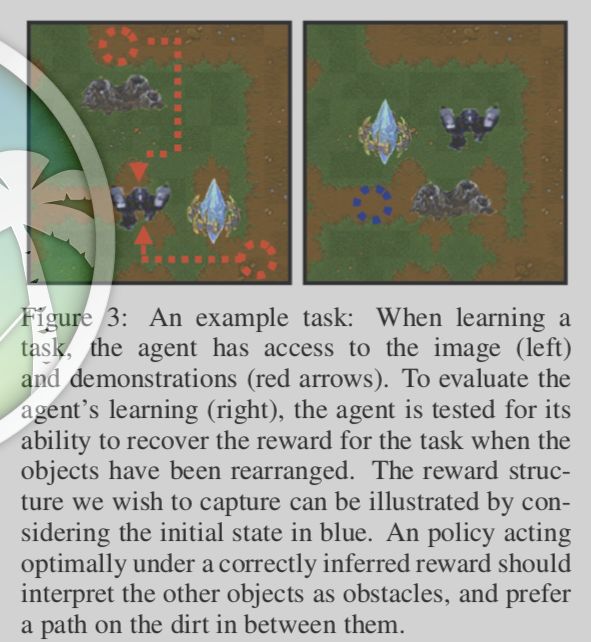 then ref by visual foresight

Detection of malicious behavior is a fundamental problem in security. One of the major challenges in using detection systems in practice is in dealing with an overwhelming number of alerts that are triggered by normal behavior (the so-called false positives), obscuring alerts resulting from actual malicious activity. While numerous methods for reducing the scope of this issue have been proposed, ultimately one must still decide how to prioritize which alerts to investigate, and most existing prioritization methods are heuristic, for example, based on suspiciousness or priority scores. We introduce a novel approach for computing a policy for prioritizing alerts using adversarial reinforcement learning. Our approach assumes that the attackers know the full state of the detection system and dynamically choose an optimal attack as a function of this state, as well as of the alert prioritization policy. The first step of our approach is to capture the interaction between the defender and attacker in a game theoretic model. To tackle the computational complexity of solving this game to obtain a dynamic stochastic alert prioritization policy, we propose an adversarial reinforcement learning framework. In this framework, we use neural reinforcement learning to compute best response policies for both the defender and the adversary to an arbitrary stochastic policy of the other. We then use these in a double-oracle framework to obtain an approximate equilibrium of the game, which in turn yields a robust stochastic policy for the defender. Extensive experiments using case studies in fraud and intrusion detection demonstrate that our approach is effective in creating robust alert prioritization policies.

Learning to Learn without Forgetting by Maximizing Tra 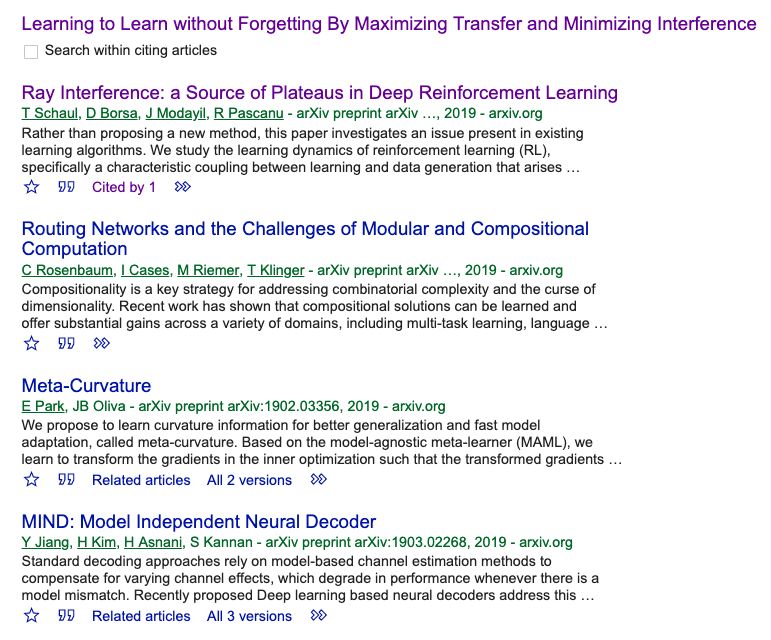 In information retrieval (IR) and related tasks, term weighting approaches typically consider the frequency of the term in the document and in the collection in order to compute a score reflecting the importance of the term for the document. In tasks characterized by the presence of training data (such as text classification) it seems logical that the term weighting function should take into account the distribution (as estimated from training data) of the term across the classes of interest. Although `supervised term weighting' approaches that use this intuition have been described before, they have failed to show consistent improvements. In this article we analyse the possible reasons for this failure, and call consolidated assumptions into question. Following this criticism we propose a novel supervised term weighting approach that, instead of relying on any predefined formula, learns a term weighting function optimised on the training set of interest; we dub this approach \emph{Learning to Weight} (LTW). The experiments that we run on several well-known benchmarks, and using different learning methods, show that our method outperforms previous term weighting approaches in text classification. 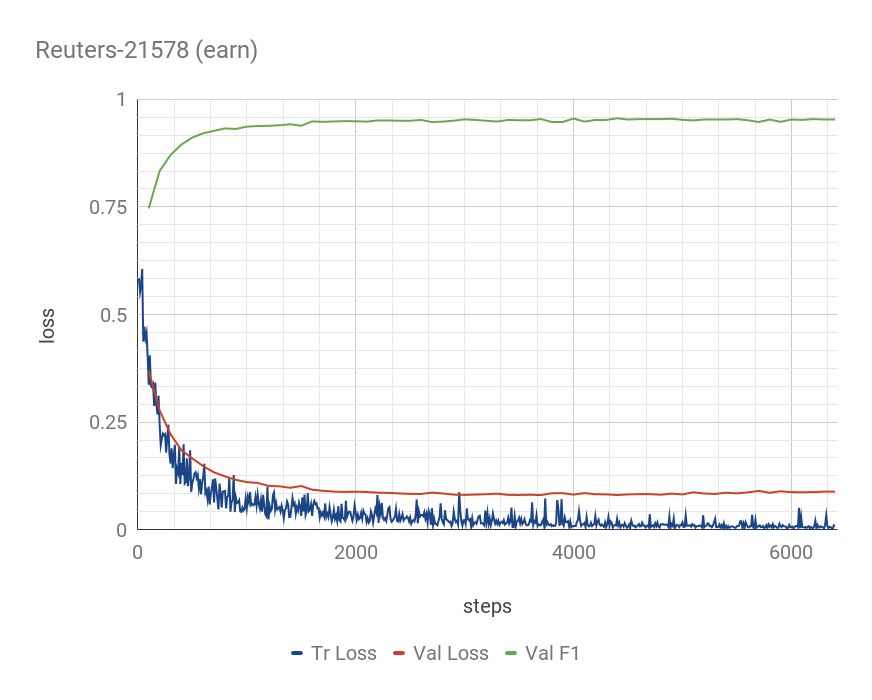 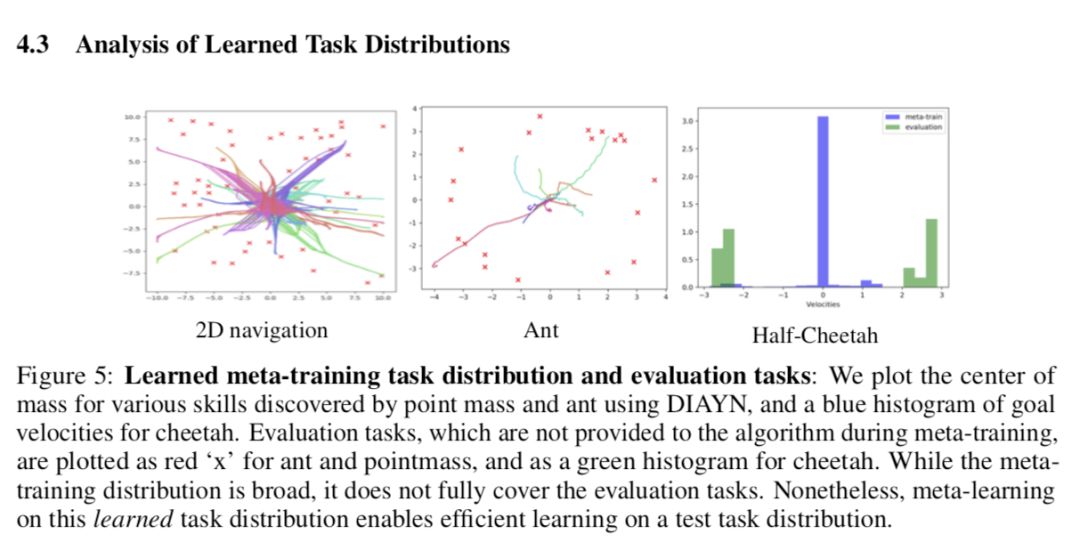 The reinforcement learning community has made great strides in designing algorithms capable of exceeding human performance on specific tasks. These algorithms are mostly trained one task at the time, each new task requiring to train a brand new agent instance. This means the learning algorithm is general, but each solution is not; each agent can only solve the one task it was trained on. In this work, we study the problem of learning to master not one but multiple sequential-decision tasks at once. A general issue in multi-task learning is that a balance must be found between the needs of multiple tasks competing for the limited resources of a single learning system. Many learning algorithms can get distracted by certain tasks in the set of tasks to solve. Such tasks appear more salient to the learning process, for instance because of the density or magnitude of the in-task rewards. This causes the algorithm to focus on those salient tasks at the expense of generality. We propose to automatically adapt the contribution of each task to the agent's updates, so that all tasks have a similar impact on the learning dynamics. This resulted in state of the art performance on learning to play all games in a set of 57 diverse Atari games. Excitingly, our method learned a single trained policy - with a single set of weights - that exceeds median human performance. To our knowledge, this was the first time a single agent surpassed human-level performance on this multi-task domain. The same approach also demonstrated state of the art performance on a set of 30 tasks in the 3D reinforcement learning platform DeepMind Lab. 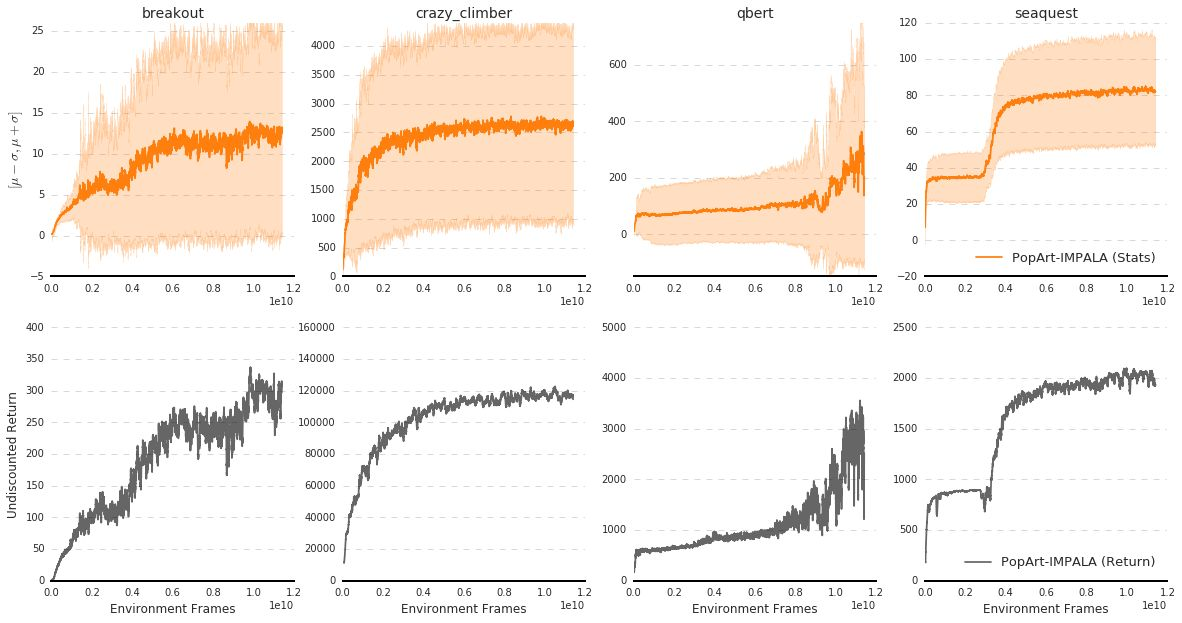 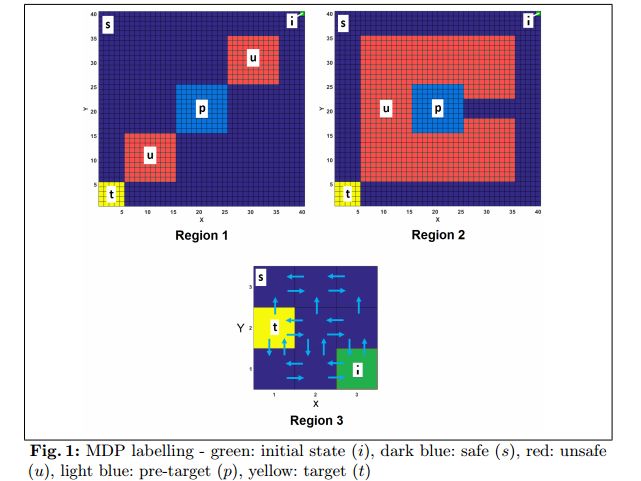 Although reinforcement learning methods can achieve impressive results in simulation, the real world presents two major challenges: generating samples is exceedingly expensive, and unexpected perturbations can cause proficient but narrowly-learned policies to fail at test time. In this work, we propose to learn how to quickly and effectively adapt online to new situations as well as to perturbations. To enable sample-efficient meta-learning, we consider learning online adaptation in the context of model-based reinforcement learning. Our approach trains a global model such that, when combined with recent data, the model can be be rapidly adapted to the local context. Our experiments demonstrate that our approach can enable simulated agents to adapt their behavior online to novel terrains, to a crippled leg, and in highly-dynamic environments.

Prevalent techniques in zero-shot learning do not generalize well to other related problem scenarios. Here, we present a unified approach for conventional zero-shot, generalized zero-shot and few-shot learning problems. Our approach is based on a novel Class Adapting Principal Directions (CAPD) concept that allows multiple embeddings of image features into a semantic space. Given an image, our method produces one principal direction for each seen class. Then, it learns how to combine these directions to obtain the principal direction for each unseen class such that the CAPD of the test image is aligned with the semantic embedding of the true class, and opposite to the other classes. This allows efficient and class-adaptive information transfer from seen to unseen classes. In addition, we propose an automatic process for selection of the most useful seen classes for each unseen class to achieve robustness in zero-shot learning. Our method can update the unseen CAPD taking the advantages of few unseen images to work in a few-shot learning scenario. Furthermore, our method can generalize the seen CAPDs by estimating seen-unseen diversity that significantly improves the performance of generalized zero-shot learning. Our extensive evaluations demonstrate that the proposed approach consistently achieves superior performance in zero-shot, generalized zero-shot and few/one-shot learning problems. 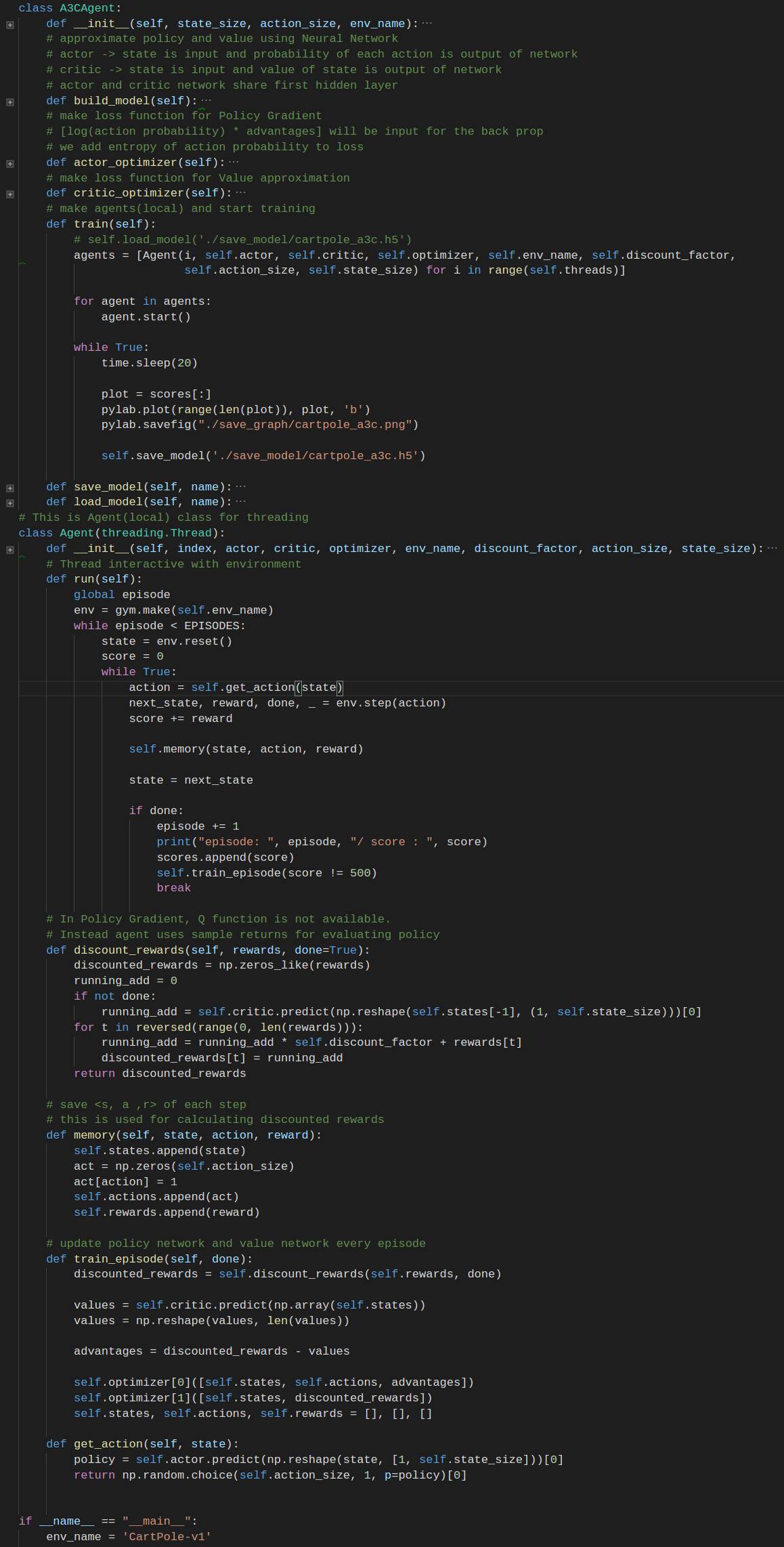 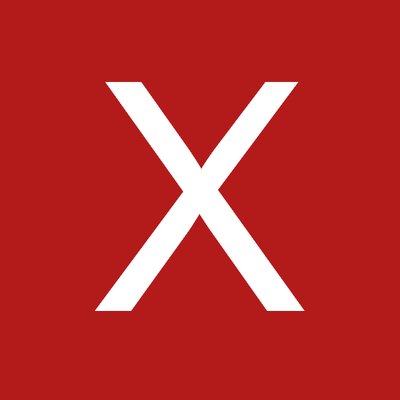 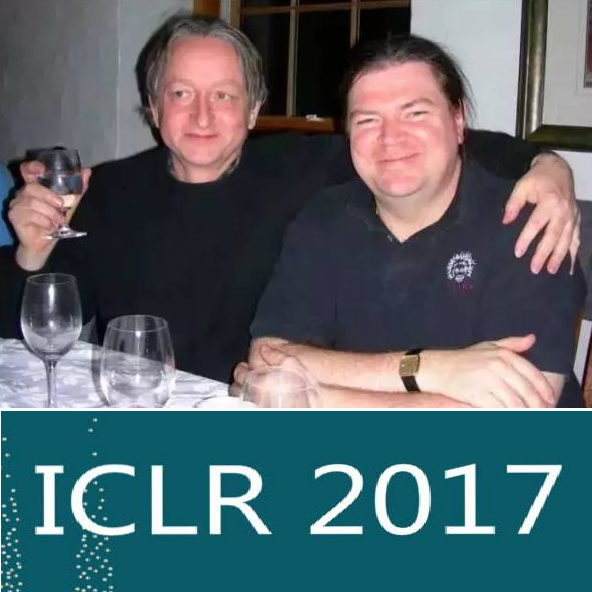 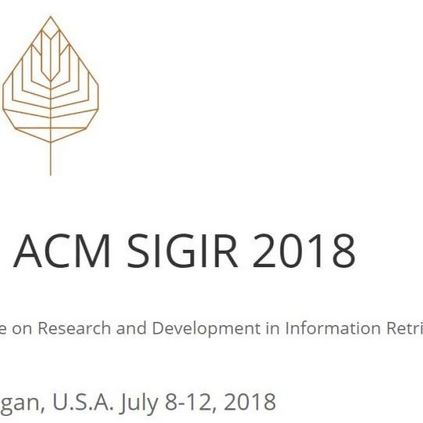 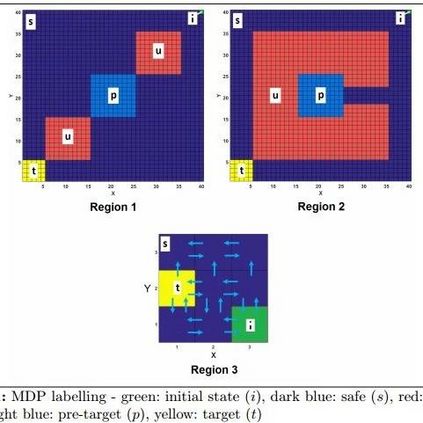 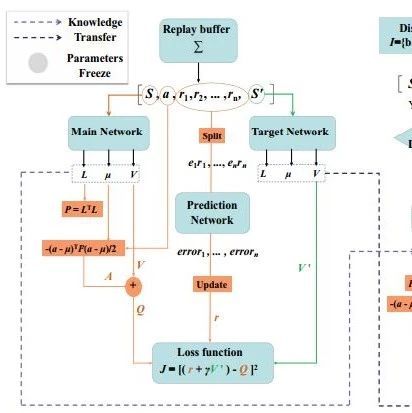 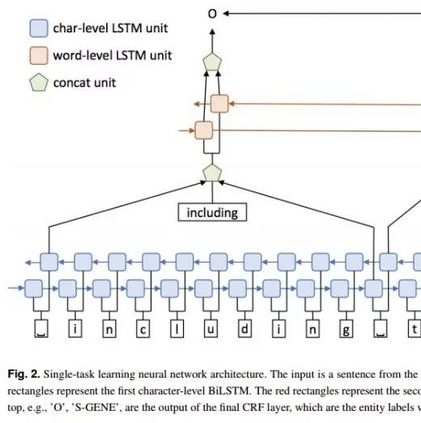 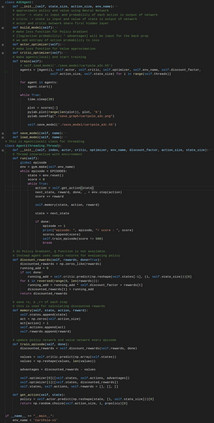 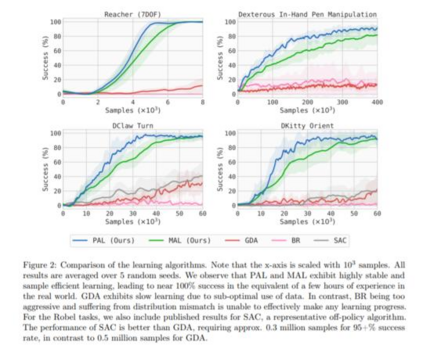 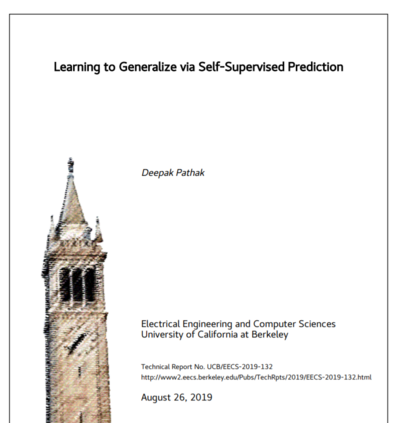 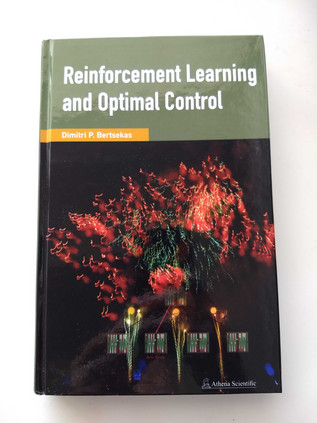 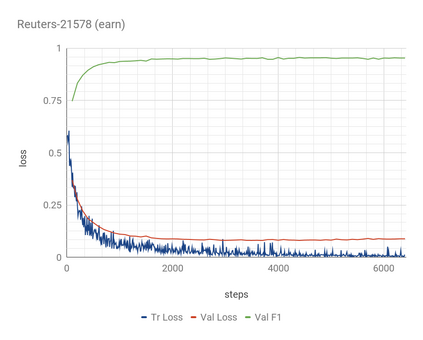 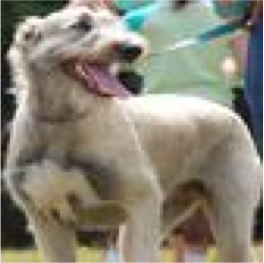 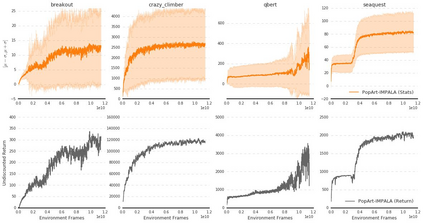